Trend Pyalara
The digital village in Jerusalemite Jaba’ ... The first of its kind in the Middle East. 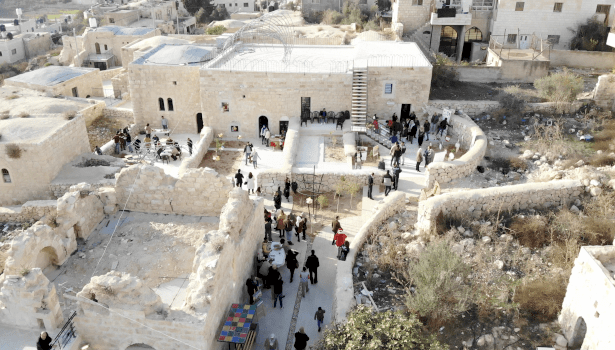 A gateway to a secure informational reality

The digital village in Jerusalemite Jaba’ ... The first of its kind in the Middle East.

The Palestinian Youth Association for Leadership and Rights Activation “PYALARA" is the pioneer of media and information literacy, it started working on this concept in its modern dimensions since 2014. PYALARA started its media activities with youth since the beginning of its inception. Over the past years, it managed to consolidate the concept of youth media, through the media platforms it has provided, where youths can express their views and aspirations, and interview officials and various youth and community leaders.

With the spread of social media platforms, PYALARA became aware of the need for media and information literacy that mainly associated with modern media, which provides people with the possibility to produce media content and disseminate it on a wide scale, due to its speed, low cost and high reaction volume.

PYALARA was able to build a legacy that is added to the efforts of the various institutions that worked in this field, and others realized its importance and worked on it.

The idea started by targeting schools through an accomplished partnership with the Ministry of Education, universities, civil society organizations, journalists and parents in many areas in the West Bank and Gaza Strip.

The digital village >>> a turning point.

While continuing its work to raise awareness with the aforementioned groups, PYALARA is heading towards modernity and digitization in its interventions while preserving the traditional character, and works to harmonize between the origins of the past, which characterizes its general headquarters in the Jerusalemite town of Jaba, and the requirements of the current era imposed by modern technology and digitization of communication.

PYALARA is working to establish an interactive MIL center, which is the first of its kind in the Middle East and North Africa, and represents the gateway to the virtual world, which requires familiarity with MIL skills, most notably: misleading news, digital safety, critical thinking, hate speech  and other issues of international concern at the level of governments, organizations and individuals.

The idea of such center stems from the need to be aware of the foundations of dealing with information and its various platforms according to the rules of critical thinking that contribute to identifying the agendas of those who produce and spread false information... In addition to the ability to analyze the media discourse, and identify the contents of messages transmitted around the planet.

Who needs media literacy and its interactive center?

The digital village -which idea started in cooperation between PYALARA and the German Academy of Deutsche Welle- targets all age groups, especially the youth. In his speech on the eve of the regional conference organized by PYALARA (Manarat: Pioneering Arab Experiences in Media and Information Literacy), Dr. Ahmed Maghari “Dean of the Faculty of Mass Communication at Al-Aqsa University in the Gaza Strip” said that now our children are receiving education from three sides: the mother, the father, and social media platforms.

It is not only school students who need media literacy, rather, it is a need for all individuals because it represents a way of life, and it is a catalyst for critical thinking in conscious dealing with high waves seas, that requires sailors to have high skills in swimming and the foundations for surviving from the machinations of who spread false information and try to destroy any existing fabric.

What does the digital village contain? who will visit it?

The digital village contains high-techs, consisting of devices that support virtual vision, screens, projectors, and tablets supported by AR and VR technologies, using special glasses and 3D display technologies, to integrate the visitors of the village into an exciting expedition through a set of interactive programs, where each room specializes in dealing with one of the axes of media and information literacy.

The school environment is the first station from which our children start towards community spaces, and in which their ideas and aspirations towards the outside world are formed, so they will be targeted in cooperation with the Ministry of Education.

Who will lead the expedition?

It will be led by a group of specialists and experts in the field of media and information literacy, and they will supervise the visitors’ trip since they entered the village, then the exciting experience and finally lead in-depth discussions about their observations. In addition to the educational framework, the center will be a platform for acquaintance, exchange of experiences, comfort and enjoyment for visitors and their families, as PYALARA has combined the beauty of the architecture of the old town of Jaba, with the world of modernity and digitization.