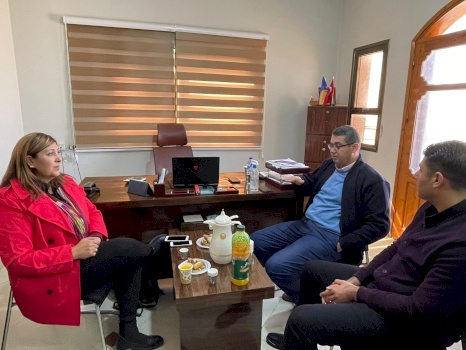 Moqbel stressed the importance of cooperation between PYALARA and UNESCO in the framework of efforts to disseminate MIL, especially the activities related to the "Radio and MIL Standards" project, through which three radio stations were targeted: Zaman in Gaza, 4fm in Hebron, and Mawal in Bethlehem.

Tannous said that the project is an experimental stage, during which the impact and benefit achieved in developing codes of professional conduct and editorial policies will be measured to include media and information literacy standards, in addition to training the staff of the three radio stations, pointing out the importance of this experience at the level of radio stations.

Regarding the experience of Zaman radio, Al-Sharafi reviewed PYALARA's positive role in spreading the culture of media and information literacy in the society, and added: At the beginning of this year, we announced the inclusion of MIL in the program plan, and we will work to contribute to its promotion as a community culture.

According to Anas Tabtab, the Coordinator of the project being implemented with the participating radio stations in the West Bank and Gaza Strip, the project includes many activities, including training radio staff and empowering them in the main pillars of MIL, developing and documenting editorial policies and codes of professional conduct, as well as conducting a competition on the best content displayed by radio stations and their compliance with MIL standards.